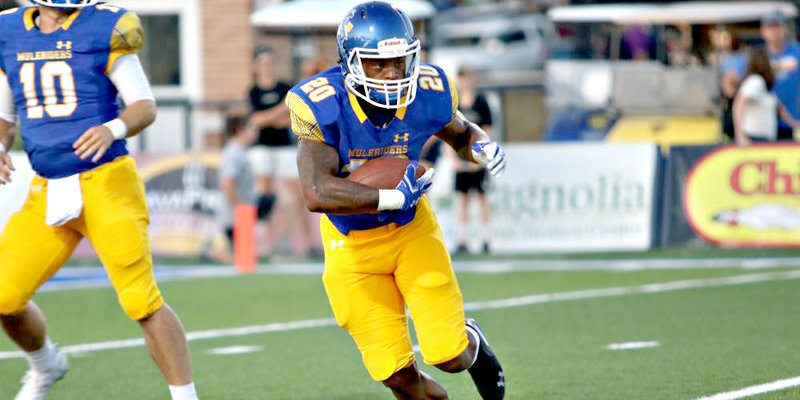 For the third time in five years, Southern Arkansas and Ouachita Baptist will playing a key game at the annual Murphy USA Classic that will affect the Great American Conference championship race. The previous two meetings resulted in games being decided in the final seconds.

This afternoon at Memorial Stadium in El Dorado, the Muleriders (7-1) are hoping to knock off the fifth-ranked Tigers (8-0) and keep their first-ever GAC championship hopes alive.

In 2015, the contest was tied 7-7 after one period and 14-14 at half-time. The Tigers led 28-26 before SAU’s Tanner Hudson caught the winning touchdown pass with 37 seconds remaining. Two years later, SAU lost a 45-42 heart-breaker in a game that still lingers in the minds of many Mulerider fans.

The 2017 battle was an emotional back-and-forth affair filled with nine lead changes (five in the fourth quarter) and the Muleriders leading with 58 seconds left.

Following SAU’s go-ahead touchdown, OBU returned the kickoff 47 yards to the SAU 38 yard line, which was followed by a face mask penalty against the Muleriders. On the next play, SAU’s Darren Crawford intercepted an OBU pass and it looked as if the Mulerider win was secured. But officials called defensive holding on Crawford, and the Tigers later scored the game-winner as Allie Freeman scored with 33 seconds left.

According to GAC statistics, SAU and OBU are pretty evenly matched this season. The Muleriders are fourth in scoring (32.0 ppg), while the Tigers are fifth (30.2 ppg). In scoring defense, OBU is second (12.9 ppg), while SAU is fourth (18.0 ppg).

The remainder of the GAC schedule include the following: