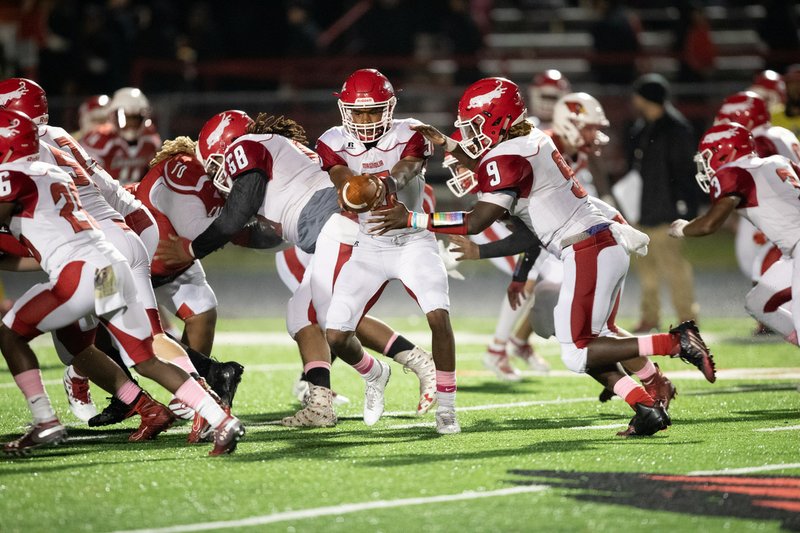 With some help, Magnolia could earn its third state football playoff appearance in nearly two decades tonight when it host De Queen in the regular season finale at Panther Stadium. Kickoff is set for 7 p.m.

The Panthers have won their three conference games by a total of five points. They are favored by three touchdowns or more tonight against winless De Queen, but first-year Panther head coach Mark King has said on several occasions that, “I will take a win anyway I can get it.”

Magnolia, whose last playoff appearances were in 2016 and 2010, should secure a spot in the Class 5A State Playoffs if it defeats the Leopards and Camden Fairview falls to Hot Springs. Six of the eight teams in the 5A-South Conference still have a shot at the four state playoff spots available and the Panthers are currently in a three-way tie with Arkansas High and Camden Fairview.

“We have to take care of business the next two weeks and we will be heading to the playoffs,” said King. “De Queen (0-8) and Hope (1-7) are both good teams, capable of beating anybody. They practice hard like everyone else and come out every Friday expecting to win.”

In case of a tie-breaker, Magnolia has the advantage over the Cardinals after beating them earlier this month. Everyone is trailing leaders Hot Springs and Hot Springs Lakeside, both 4-1.

Regarding the close wins, King said, “We tell our guys to play hard for four quarters and don’t quit. This bunch has done that this year and I can’t be more proud of them,” he said.

He again emphasized that De Queen and Hope are capable of sneaking up on anyone. The Bobcats’ only victory was against the Leopards.

“I’ve said this all season and I’ll say it one more time. We have to take care of ourselves and do what we need to. The key is for us to play our game and hopefully get another big win,” said the coach. “The next two games are not given. We still have to go out and prepare like they are the best teams we will ever play.”

Seeding from the 5A-South Conference won’t be determined until after next week.

During the regular season finale a week from tonight, Hot Springs and Hot Spring Lakeside will meet in a huge rivalry game that could possibly be for an out-right conference title, while Arkansas High will be taking on De Queen. Little Rock McClellan will be playing at Camden Fairview and Magnolia travels to Hope.