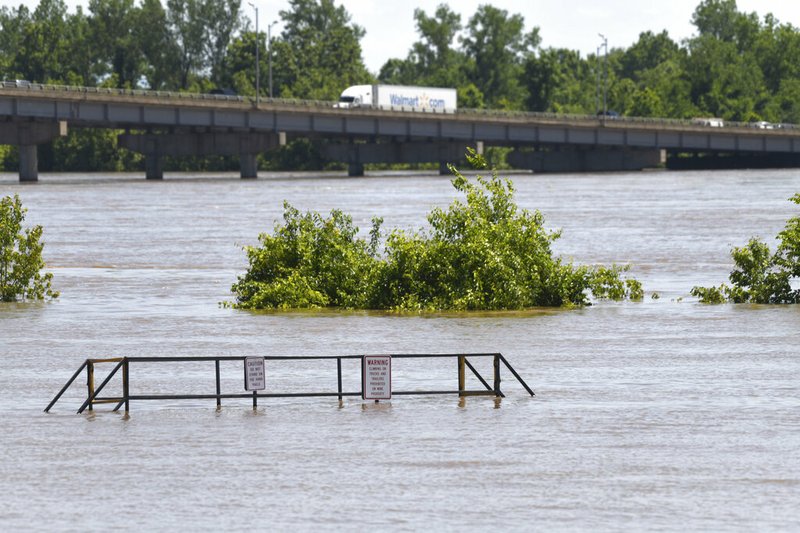 Traffic moves over the I-540 bridge as the Arkansas River floods along Adams Street Thursday, May 30, 2019, in Van Buren, Ark. (AP Photo/Michael Woods)

DARDANELLE, Ark. -- Officials say a levee along the Arkansas River has breached, prompting a flash flood warning and evacuation of a rural area in western Arkansas.

The levee breached early Friday at Dardanelle, about 60 miles northwest of Little Rock. Yell County officials had anticipated the breach and urged residents in the nearby Holla Bend area to evacuate Thursday.

National Weather Service data showed a dip in the water level at Dardanelle, likely due to the breach. A flash flood warning was issued early Friday for the area, and forecasters said residents should be prepared for rapidly rising water.

The levee breached because of ongoing flooding along the Arkansas River, which began in Oklahoma.