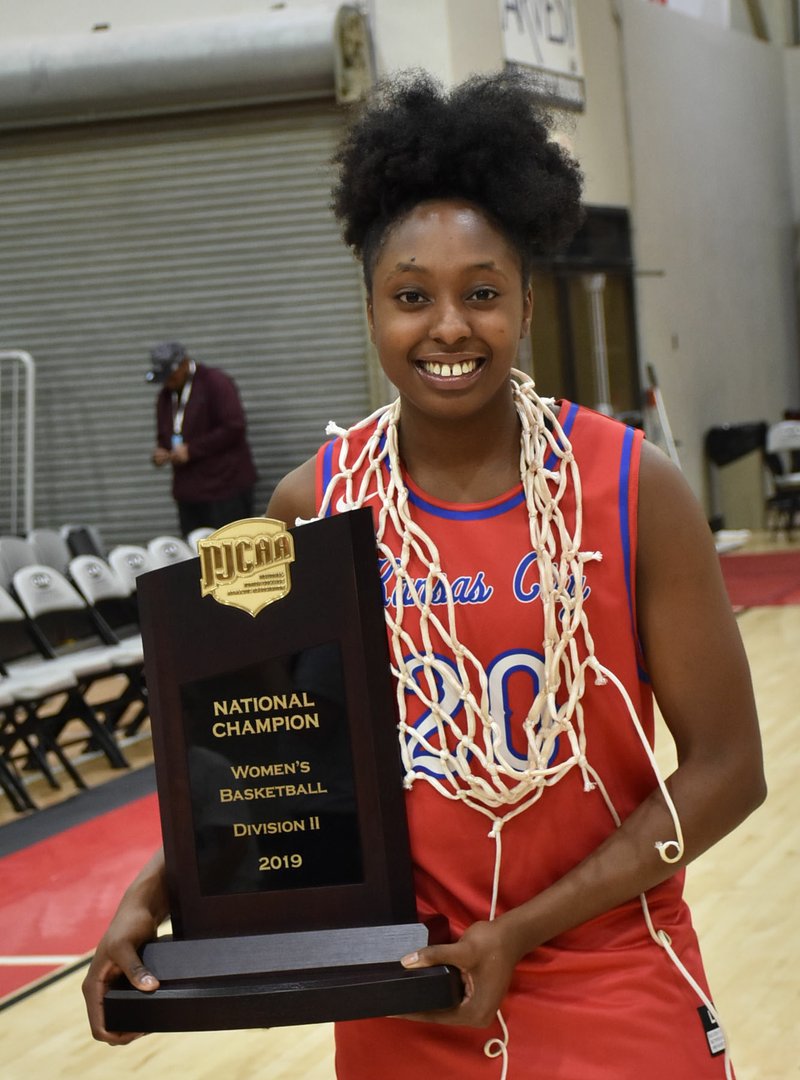 An All-American is heading back home – to Southern Arkansas University.

A versatile 5-9 combination guard/forward, Young was coveted by several four-year colleges and universities before narrowing the field to SAU and Pittsburg State University in Pittsburg, Kan. “I came for a visit and got a lot of love from everybody; everyone wanted me to come,” said Young. “After I left I knew SAU was where I wanted to go.”

Were it not for a visit to a dentist, however, it might never have happened. “It was pretty funny,” said Young. “The assistant coach came to the dentist where my mom works and the conversation turned to basketball. They had heard of me but did not know how to get a hold of me. My mom gave them my number and they texted me. I knew that they had interest but I was surprised.”

In Young, the Muleriders are getting a dynamic player capable of playing anywhere from point guard to power forward. Second on the team in rebounds (8.7) and third in scoring (10.6), Young shot the ball better than anyone in KCKCC history. As a freshman, Young was the second most accurate shooter ever (.607). She leaves as No. 1, shooting 63.9 percent as a sophomore.

“That’s crazy,” said Young. “I did not know that. I’m really surprised. My freshman year I didn’t think I was that consistent.”

Named to the 2019 NJCAA DII All-American second team, Young was also named to the All-Tournament team at the national tournament and All-Region and All-Jayhawk Conference first team selection. Young couldn’t have been more consistent in leading KCKCC to a 32-4 record this past season. Shooting 50 percent or better in 32 of KCKCC’s 36 games, she didn’t miss a shot in three games and her 8-for-9 and 9-for-11 performances are among KCKCC’s all-time bests.

And yet it may not be what she’ll be most remembered. “A fantastic athlete with a superior motor, Kisi is the best rebounder for her size (5-9) that I have ever seen,” says KCKCC Coach Joe McKinstry. “She was almost on a nightly basis matched up with someone of more size and length but she continued to get the job done.”

Third in the Jayhawk with 8.7 rebounds a game (No. 20 nationally), she’s sixth on the all-time career list with 571. “It’s something I take pride in,” says Young. “Being undersized, I love to pull the ball out of the air real hard. Not all shots are going to fall so there’s always a rebound.”

“I’m not real sure what position Kisi plays,” admits McKinstry. “The fact is, simply put, Kisi is a basketball player and any coach in the country will tell you they want players more than positions.”

Young came to KCKCC in a package with Lillie Moore from Magnolia. Moore committed right after a visit in April but Young was uncertain about being eight hours from home and didn’t commit until the end of May. “I knew they had won a national championship so I knew it was a good program and I got a full scholarship,” she said when she finally committed.

Admittedly homesick early, the start of the season and new teammates alleviated most the stress. “One of the things I admire most about Kisi is the fact that I knew she was missing her family members but not once did she talk to us coaches about being homesick and she certainly didn’t let it affect her responsibilities on or off the court,” said McKinstry.

Adjusting to collegiate basketball and McKinstry’s passion for making players better was another challenge. “It was definitely a surprise, nothing like I’d ever experienced but I have thick skin and it made me a whole lot better,” said Young.

Young led the Blue Devils in scoring (14.4) and was second in rebounding (8.1) as a freshman but took 71 less shots as a sophomore while averaging 10.6 points playing multiple positions and doing the ‘little things’ McKinstry demanded.

Exceptional at leading fast breaks after defensive rebounds, her ball-handling abilities against presses forced teams to back off this season. “I loved breaking presses; I take pride in that,” said Young. An all-state and all-conference sprinter on three state championship track teams in high school, Young beat many defenders down the floor off the dribble. Her biggest strength? “My motor, how long I can go and how fast I can go,” she says.

She returns home with many great memories. “Winning the national championship was one of the biggest highlights of my entire basketball career and going down in KCKCC history as an All-American,” she says. “And then meeting new people and making new friends, especially my roommates and best friends Cam Swanson and Nija Collier. I’m super happy I came up here.”