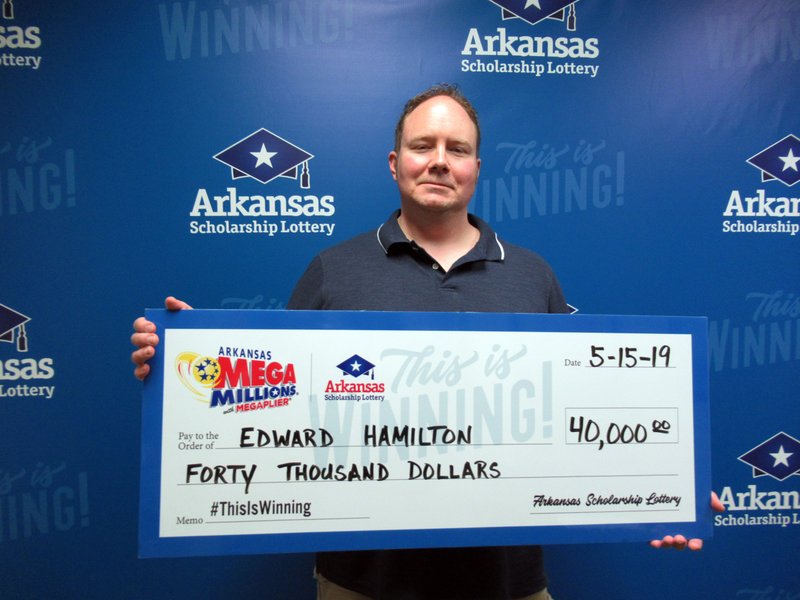 Edward Hamilton is shown in this photo released by the Arkansas Scholarship Lottery.

A central Arkansas man was in no hurry to pick up a $40,000 prize he won late last year because he wanted to finish the book he was writing first.

Arkansas Lottery officials said that Edward Hamilton of Jacksonville won $40,000 on a Mega Millions ticket five months ago. But it wasn’t until Wednesday that he claimed the prize.

“I wanted to get something done first,” Hamilton said in a statement released by the lottery. “I’m a writer and wanted to finish my non-fiction book before I claimed my prize.”

The statement didn't offer any additional details about the book.

Hamilton was one number short of claiming a $262 million jackpot after buying his ticket at a Kroger in Jacksonville ahead of the Dec. 14 drawing.

Winners have 180 days to claim a prize after a drawing for the game.

Hamilton said he plans to invest the money and also have a bit of fun.