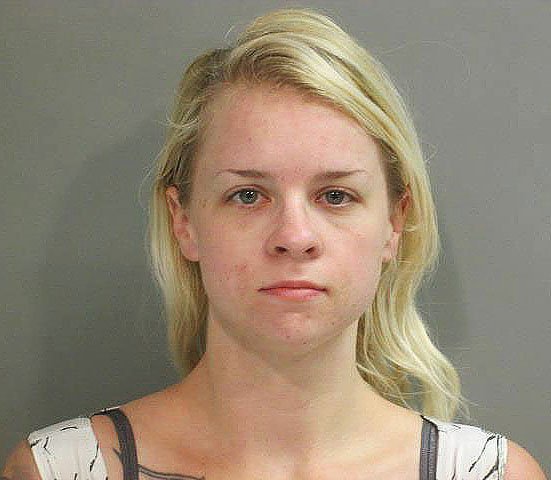 FAYETTEVILLE -- A woman accused of posing as a deputy from California to spring her boyfriend from the Washington County jail last year pleaded guilty in Washington County Circuit Court today and was sentenced to prison.

Feldstein also had her probation revoked from several previous drug and theft convictions.

Circuit Judge Mark Lindsay sentenced Feldstein to a total of 30 years at the Arkansas Department of Correction with 15 years suspended. Sentences are being served concurrently. She was given credit for 501 days jail time served.

Both Feldstein and Lowe were arrested July 14 and taken to the Washington County Jail. Feldstein was arrested in connection with possession of a controlled substance with intent to deliver and bonded out the next day. Lowe had a hold from the Ventura County Sheriff's Office in California for false impersonation.

Feldstein called the jail July 27 and identified herself as "Deputy Kershaw with the Ventura County Sheriff's Office," according to a probable cause affidavit. She told the deputy on duty she sent a fax to release the hold on Lowe.

The deputy said he hadn't received the fax and gave his email address, to which Feldstein sent an "authentic looking form" releasing Ventura County's hold, according to the affidavit.

A deputy from Ventura County called two days later saying he was on the way to pick up Lowe, but Lowe already had been released.

Washington County deputies reviewed video of a jail visit and saw Lowe tell Feldstein to pose as a Ventura County deputy and what to say, according to the affidavit.

Lowe pleaded guilty to third-degree escape and was sentenced in January to six years at the Arkansas Department of Correction with five years suspended. He was given credit for 167 days jail time served.