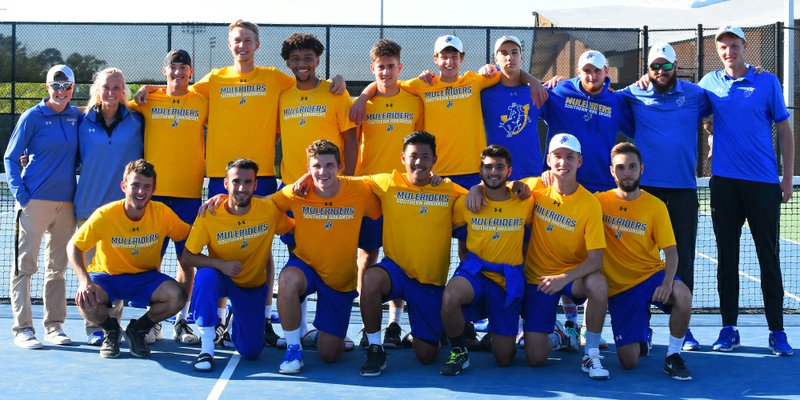 Southern Arkansas, regular season GAC tennis champions, are the No. 2-seed in the Central Region II preliminary round, can earn a berth into the NCAA Division II National Championship Tournament with a victory over No. 3-seed Southeastern Oklahoma State today in Arkadelphia.

The SAU Mulerider tennis team, earning the No. 2 seed in the NCAA Division II Central Region preliminary round, claimed the postseason berth by virtue of an at-large bid. It will be the program’s first trip to the NCAA postseason in school’s Division II era.

At 1 p.m. today, SAU will battle No. 3 Southeastern Oklahoma State. Because of the weather, the matchup has been moved from SAU’s Live Oaks Tennis Courts to the Kim and Craig Ward Indoor Tennis Center on the OBU campus in Arkadelphia.

The Muleriders were the GAC regular season champions and have a 19-5 overall record. SAU topped the Savage Storm 4-2 in the GAC opener back on March 5 in Magnolia.

Today’s winner advances to the NCAA Division II Men’s National Championship Tournament on May 21-24 in Altamonte Springs, Fla. Each of the eight regions will send two teams to the national tournament.

After the preliminary rounds, the NCAA Division II Men’s and Women’s Tennis committee will seed all 16 teams that advance to the final site.