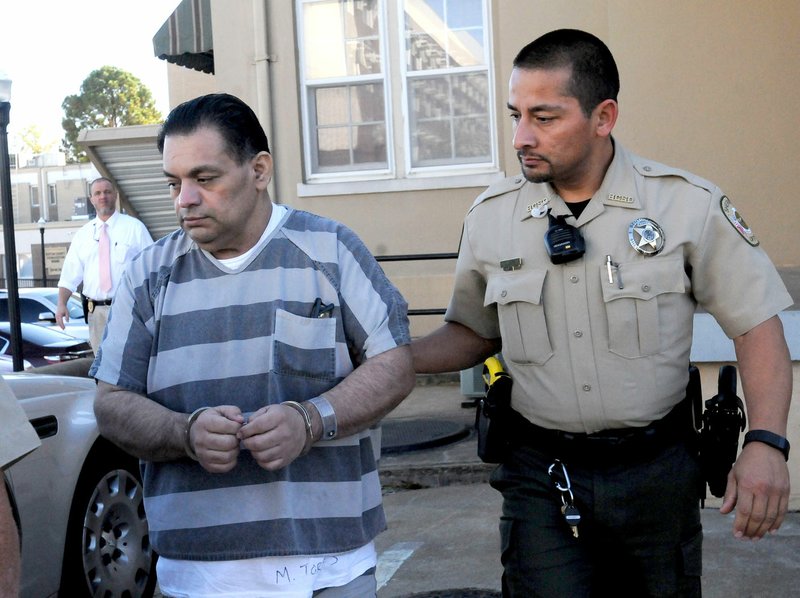 FILE — Mauricio Torres is taken from the Benton County courtroom in Bentonville after being sentenced to death for the murder of his six-year-old son in Bella Vista in this file photo.

The Arkansas Supreme Court is being asked to reconsider its decision to order a new trial for a death row inmate convicted in the death of his 6-year-old son.

Attorney General Leslie Rutledge petitioned the court Monday for a rehearing over its decision last month reversing the capital murder conviction of Mauricio Alejandro Torres. Investigators say Torres used a stick to sexually assault the boy while the family was camping in Missouri. A medical examiner blamed the boy's death on a bacterial infection caused by the assault.

Justices ruled that Arkansas authorities couldn't use rape as a justification for the murder conviction because the assault occurred in Missouri.

Rutledge's filing said the court erred in its analysis of how the law applies to Torres' case.