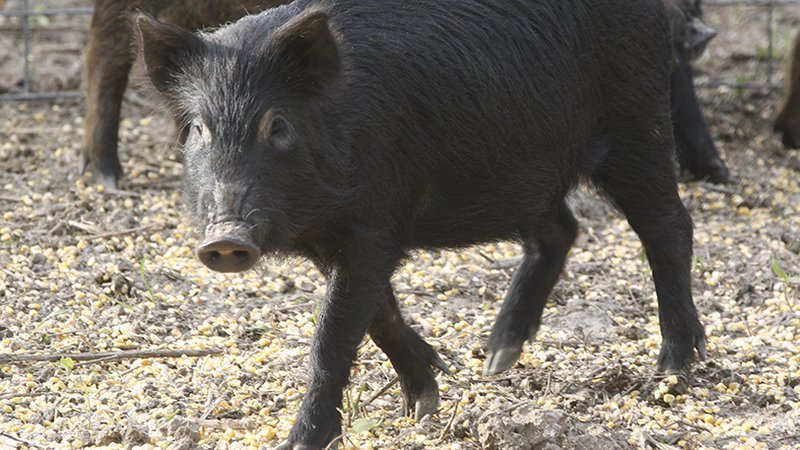 Feral hogs will be removed by aerial methods in southeast Arkansas near McGehee. - Photo by J.D. Bailey

Weather permitting, portions of Freddie Black Choctaw Island Wildlife Management Area, located just east of McGehee on the Mississippi River, may be closed to daytime public access on March 21-22. The U.S. Department of Agriculture’s Animal and Plant Health Inspection Service Wildlife Services, in cooperation with the Arkansas Game and Fish Commission, will be conducting aerial operations aimed at reducing feral hog populations on the WMA.

Public safety during the flights is the primary concern for the temporary closures. To provide safety for the public and comply with USDA regulations, access will not be allowed during ongoing operations.

March 21 is the scheduled day for the closure, but due to varying weather and site specific conditions March 22 may also be required to complete the operation. In the event that access to the WMA is restricted, AGFC and partnering agency staff will be on-site to maintain road and access closures.

The aerial operations are the result of planning and coordination of multiple partners. In February, a large scale aerial removal was announced by AGFC to include multiple WMAs, but bad weather hampered efforts. Freddie Black Choctaw Island was listed among the areas.

The operation was a joint effort between the Arkansas Game and Fish Commission and the United States Department of Agriculture Animal and Plant Inspection Service’s Wildlife Services Division. This is the second such attempt for aerial eradication efforts in as many years. The first effort last year saw much better flying conditions and resulted in 615 feral hogs removed from public and private land

“A specially trained pilot and gunner from USDA APHIS do all the flying and shooting, and they are only available to us for a short time,” said J.P. Fairhead, feral hog program coordinator for the AGFC in February. “Due to federal safety restrictions and space limitations in the helicopter, we can’t even be onboard while the flights are taking place. Our role is to close access to the area being flown to prevent any safety issues.”

According to Fairhead, aerial eradication is used in conjunction with the AGFC’s large-scale trapping efforts to control the spread of feral pigs, which cause millions of dollars in damage to agricultural lands and forests in Arkansas each year and destroy habitat for deer and other native wildlife. They also wreak havoc on the nests of ground-nesting birds, including wild turkeys and quail.

Feral pigs may be killed day or night 365 days a year on private land, which makes up 87 percent of Arkansas. On many AGFC-managed wildlife management areas, feral hogs may be killed by hunters pursuing deer, bear or elk during a firearms season for those animals or with archery equipment from Nov. 1 through Dec. 31. Some small wildlife management areas that have no signs of feral hog presence are closed to feral hog hunting to reduce the incentive to release pigs on the property for future sport hunting.

The AGFC and USDA APHIS would like to thank the public in advance for their patience and understanding while these activities are underway and apologize for any inconvenience related to the operation.