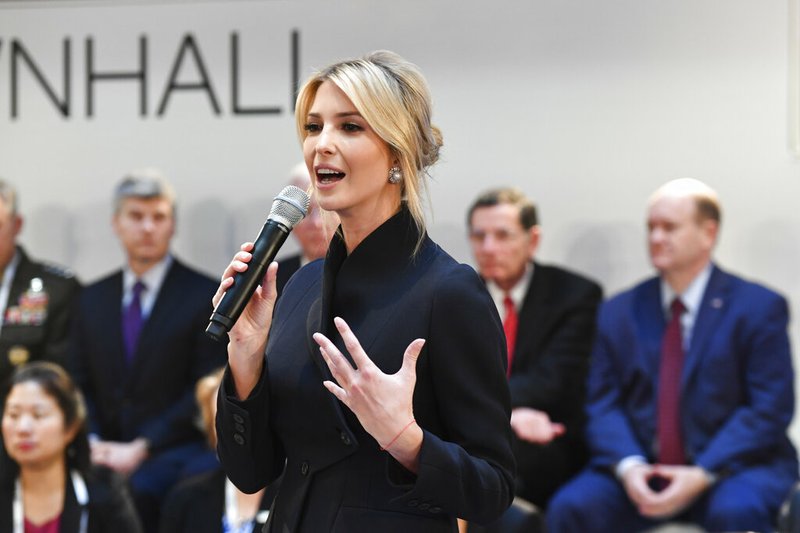 In this Feb. 16, 2019, file photo, Ivanka Trump daughter of the US President, addresses at a meeting during the Munich Security Conference in Munich, Germany. President Donald Trump's 2020 budget proposal will include $100 million for a global women's fund spearheaded by his daughter Ivanka Trump. (AP Photo/Kerstin Joensson, File)

WASHINGTON -- President Donald Trump's 2020 budget proposal will include $100 million for a global women's fund spearheaded by his daughter Ivanka Trump.

She said the budget, expected to be released Monday, will include the funding for the Women's Global Development and Prosperity Initiative. The administration last month launched the government-wide project, which she leads.

In a statement to The Associated Press, Ivanka Trump noted that Friday was International Women's Day and stressed the initiative's goal to help 50 million women in the developing world get ahead economically over the next six years.

The new initiative involves the State Department, the National Security Council and other agencies, as it aims to coordinate current programs and develop new ones to help women in areas such as job training, financial support and legal or regulatory reforms.

The funding will come through the U.S. Agency for International Development, which initially set up a $50 million fund for the effort using already budgeted money. The initiative will also be supported by programs across the government, as well as private investment.

Trump has previously sought to cut USAID's budget. His full 2020 plans were not available Friday.

The White House also is expected to announce that the president will nominate Kelley Eckels Currie to serve as an ambassador-at-large for global women's issues. That position, established under President Barack Obama's administration, had been vacant since Trump took office.

Ivanka Trump praised Currie, who currently serves as the representative to the United Nations Economic and Social Council. She said Currie "is a formidable partner on women's economic empowerment and national security issues."

Since Ivanka Trump joined her father's administration in early 2017, she has focused on women's economic issues.