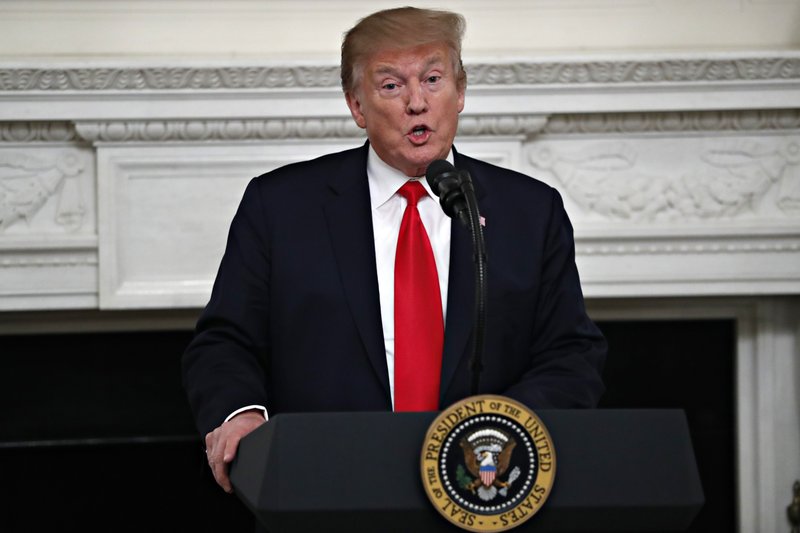 WASHINGTON — Democrats launched a sweeping new probe of President Donald Trump, an aggressive investigation that threatens to shadow the president through the 2020 election season with potentially damaging inquiries into his White House, campaign and family businesses.

House Judiciary Committee Chairman Jerrold Nadler said Monday his panel was beginning the probe into possible obstruction of justice, corruption and abuse of power and is sending document requests to 81 people linked to the president and his associates.

The broad investigation could be setting the stage for an impeachment effort, although Democratic leaders have pledged to investigate all avenues and review special counsel Robert Mueller's upcoming report before trying any drastic action.

Trump denounced the probe Tuesday, tweeting that Nadler and other Democrats "have gone stone cold CRAZY. 81 letter sent to innocent people to harass them. They won't get ANYTHING done for our Country!"

Nadler said the document requests, with responses to most due by March 18, are a way to "begin building the public record."

"Over the last several years, President Trump has evaded accountability for his near-daily attacks on our basic legal, ethical, and constitutional rules and norms," said Nadler, D-N.Y. "Investigating these threats to the rule of law is an obligation of Congress and a core function of the House Judiciary Committee."