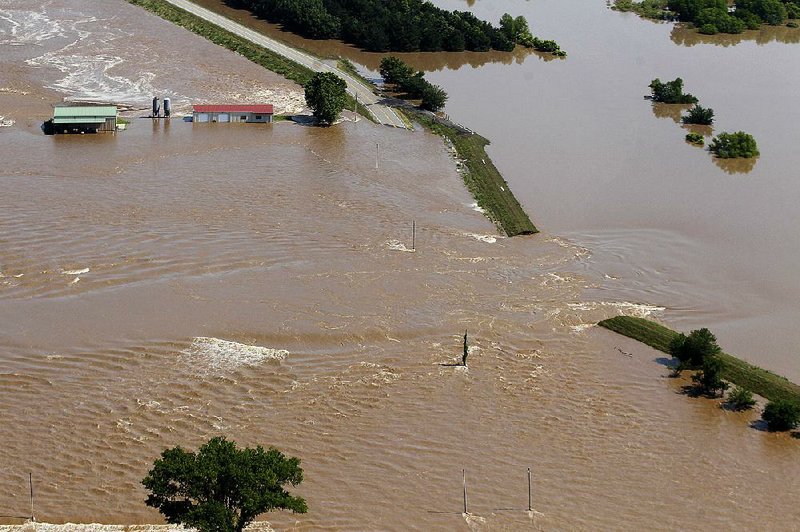 FILE — Floodwaters from the Arkansas River pour through a breach in the Dardanelle Levee on May 31. - Photo by Thomas Metthe

Also on Thursday, Hutchinson issued an executive order to create the Arkansas Levee Task Force to review the management of the state’s levees and ensure they are properly maintained and funded in the future.

Numerous levees along the Arkansas River — including one that breached in Yell County — were not meeting U.S. Army Corps of Engineers standards and had been long neglected. That prevents most of them, if they sustained damage, from being able to access federal funding for repairs. 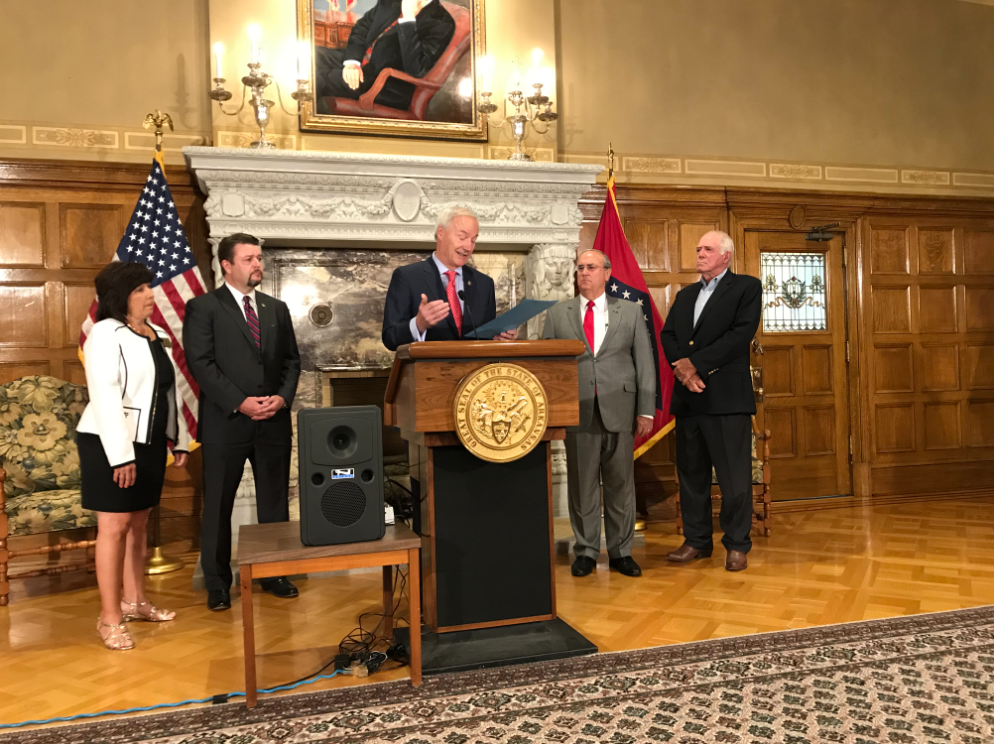 Hutchinson said he could see the importance of the state’s levee system during the floods as he surveyed them from a helicopter.

The funding would be available after lawmakers appropriate it, and it would come with instructions on how it can be used. The levees that will receive funding has not yet been determined, although Hutchinson noted multiple times the breached Yell County levee as an example of the state’s poorly maintained system.