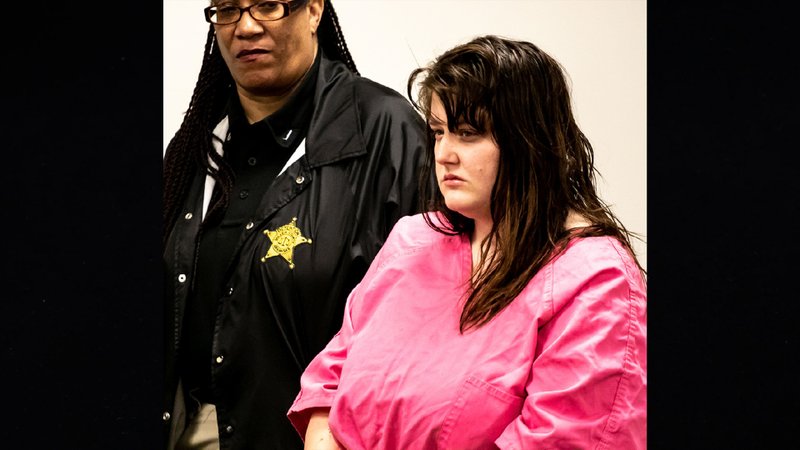 Miller County Prosecuting Attorney Stephanie Potter Barrett said Tuesday that her office will seek the death penalty for a stepmother accused of capital murder in the death of her husband's 3-year-old daughter.

Johnson asked the defense lawyers if they could be ready for trial July 29. Stokes and Chandler said they have recently received discovery, or copies of the state's evidence, and need more time to prepare for trial. Johnson scheduled the case for a status hearing in August and set an October trial date.

Belcher's husband, Everette Cawley, 23, pleaded not guilty earlier this month at a hearing before Circuit Judge Brent Haltom to two counts of permitting the abuse of a minor involving McKinley and her 2-year-old brother. Cawley's case is scheduled for jury selection before Haltom in late August.

Husband and wife were arrested in April after Cawley's daughter, McKinley Cawley died, allegedly from physical injuries caused by Belcher. McKinley died of blunt force injuries hours after her father ran through the emergency room doors of a Texarkana hospital carrying her unconscious body. The gravely injured child was airlifted from CHRISTUS St. Michael Health System to Children's Medical Center in Little Rock where she died less than 12 hours later.

Hospital staff immediately suspected abuse was to blame for the youngster's dire medical condition and contacted police when she was brought for treatment at about 4:30 a.m. April 2. McKinley's suffering included a traumatic brain injury and "excessive bruising to the face and torso which is far beyond any over-active child and patterned to suggest use of a rigid object," the affidavit states. Belcher allegedly threw, kicked, stomped and beat McKinley in the days and hours before her death while Cawley allegedly failed to protect her, according to authorities.

External injuries similar to those seen on McKinley were found on the 2-yea-old boy's face, torso and legs, which doctors hypothesized they were caused by a "blunt type instrument/object" and are described as bruising all along his face and limbs. A search warrant affidavit identifies an attempt by Texarkana, Ark., police investigators to recover a wooden bed slat allegedly used to strike the girl.

The couple's infant, born Jan. 30, was in need of medical attention as well. The girl had a severe yeast infection "under her neck skin fold," which was bleeding at the time she was taken into state custody.

Belcher is being held without bail. Cawley's bail is set at $1 million. Both are being held in the Miller County jail.