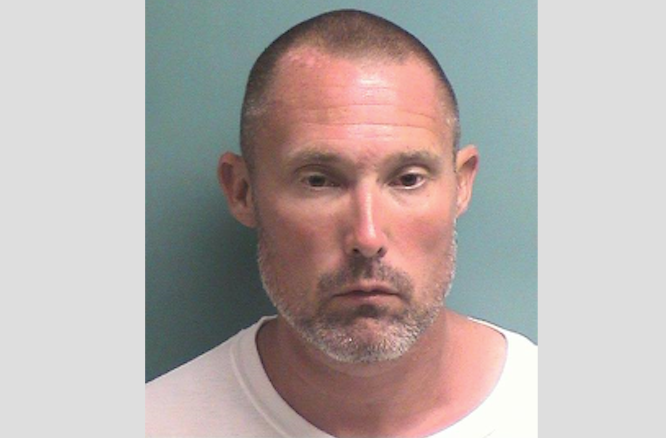 A Strong man was arrested in east Texas on Monday after he reportedly set a fire inside a Walmart Supercenter, police said.

Authorities received a call about a fire inside a Walmart at 4810 North St. in Nacogdoches, Texas, shortly before midnight on Sunday, according to fire officials.

When firefighters and Nacogdoches police arrived at the store they found employees attempting to extinguish a fire in the men’s clothing department, authorities said. Firefighters took over and successfully put out the flames with extinguishers.

No one was hurt in the fire, according to Tara Aston, a Walmart spokeswoman.

Authorities later arrested Scott Adam Gilbert, 38, of Strong, and accused him of starting the fire, according to Sgt. Brett Ayres of the Nacogdoches Police Department.

Ayres did not suggest a motive for starting the fire, citing an ongoing investigation.

Gilbert was held in Nacogdoches County jail Tuesday afternoon, according to an online jail roster. He faces one count of arson, with bond set at $20,000.

Aston said associates did a walk-through of the store Tuesday and hope to reopen at least part of the store later this week.