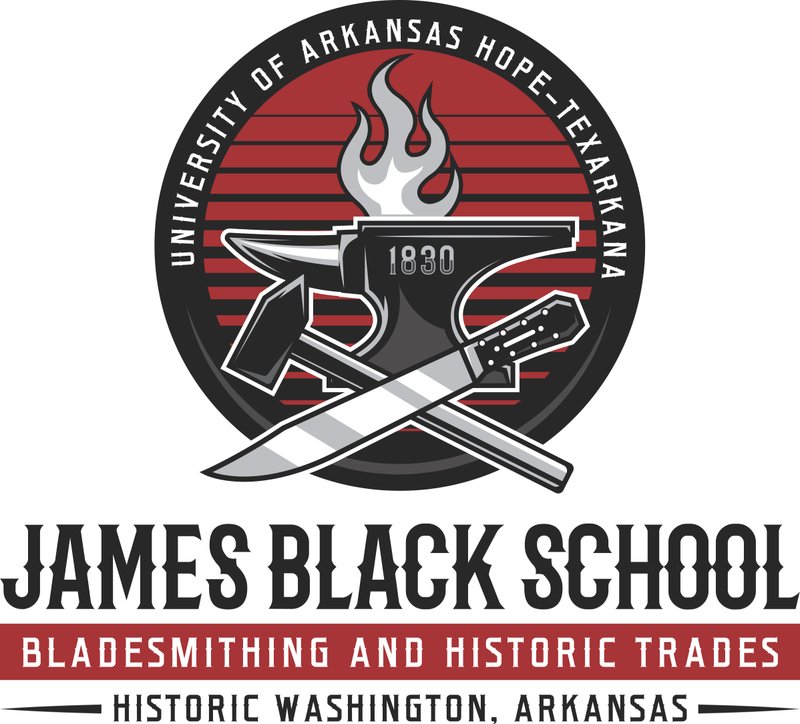 UAHT is set to begin a bladesmithing program at Historic Washington in Arkansas.

In 1830, James Black crafted the original Bowie knife in Washington, Arkansas. The result was that Washington, Arkansas, and Black became almost immediately famous for producing what is now recognized as the official blade of the State of Arkansas and the National American Blade. The James Black School of Bladesmithing will build on that special heritage and the early preservation work of the American Bladesmith Society and the Bill Moran School of Bladesmithing to create an unmatched, historically rich setting for students to learn and master the art of crafting forged blades.

UAHT will work collaboratively with Historic Washington State Park and the Arkansas Department of Heritage to teach and celebrate Arkansas’s history, bladesmithing, and other heritage trades. “Expertise and innovation in the skilled trades, such as bladesmithing, is in our region’s DNA, and it is the foundation of the establishment of UAHT as Red River Vocational-Technical School in 1965. The James Black School of Bladesmithing will celebrate and elevate our shared history of producing the world’s best artisans in bladesmithing and historical trades,” said UAHT Chancellor Chris Thomason.

UAHT will operate the James Black School of Bladesmithing from the college’s beautiful and historic facility in Historic Washington. The school will begin offering classes in bladesmithing this fall. Bladesmithing is the art of making blades for knives, swords, and daggers by using a forge, hammer, anvil, and other smithing tools. A bladesmith uses various metalworking techniques similar to those used by blacksmiths. Blacksmithing refers to the art or process of shaping and forging metal with the use of heat and tools. Courses in the program will include Introduction to Bladesmithing, Forging, Beginning Bladesmithing, Intermediate Bladesmithing, Handles and Guards, and Damascus Steel.

The James Black School is unique in the University of Arkansas System, and it will reflect the same quality and commitment to excellence in student learning that is the centerpiece of the missions of both UAHT and the UA System.

“The new bladesmithing school will seek to create an educational experience that will infuse the unique southwest Arkansas heritage and culture with both historical and modern practices," Thomason added.

"UAHT will seek to honor the regions unique connection to the art of bladesmithing by offering students the opportunity to learn the craft while connecting to the special history and contribution of the Bowie Knife and Historic Washington, Arkansas.

UAHT will work collaboratively with Historic Washington State Park and the Arkansas Department of Heritage to teach and celebrate Arkansas’s role in the history of bladesmithing simultaneously with the cutting edge skill and innovation in the art that was born here.”