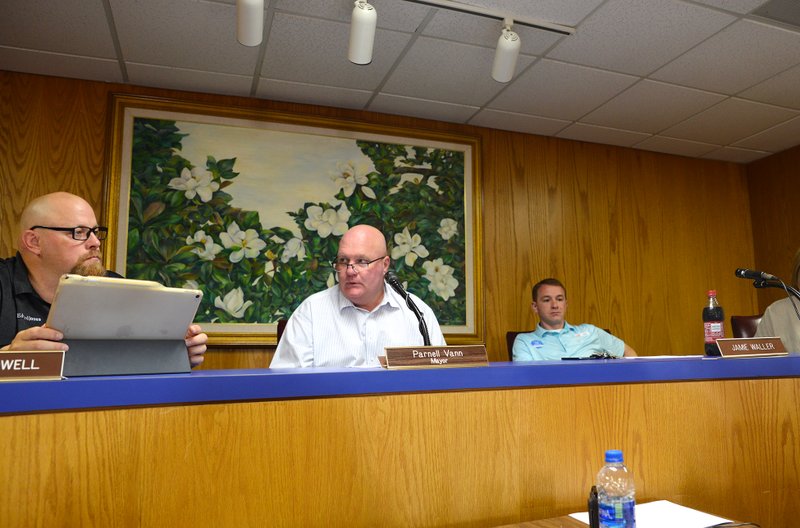 The city council of Magnolia met briefly Monday morning for a round of bond refunding and refinancing to lower the current rates and extend a bond to fund the city’s “readerless” smart water meter system passed for approval in March.

“Jason Holtzclaw with Stephens Inc. called and said time is of the essence,” Magnolia Mayor Parnell Vann said. “These are 2012 and 2014 bonds that we’ve already refinanced one time and we can refinance again at another savings.”

The bonds are city water and sewer revenue bonds. The 2012 bond was set to mature in 2030, but funding the city’s water meter project drew the payoff time out to 2032. The 2014 bonds after their refinancing will actually lower the payment period by two years.

“These bonds before the reading were to pay off in 2034,” Vann added. “We’ll borrow the additional $1 million for the readless meters and these [2014] bonds will pay off in 2032. So, we’re still cutting time off and making improvements to the city.”

The monthly payments on the bonds will remain roughly the same, according to City Treasurer Kim Newell. The rates were previously around 3.5-3.75% and will now be refinanced at around 3% — thus netting the overall savings.

By refinancing both the 2012 and the 2014 bonds simultaneously, savings are also gained by the lesser bond issuance fees.

The Magnolia City Council is again set to meet Thursday morning at 8 a.m. for another specially-called gathering. The upcoming meeting will discuss converting Magnolia Regional Medical Center from a traditional business to a 501 (c)(3) nonprofit.