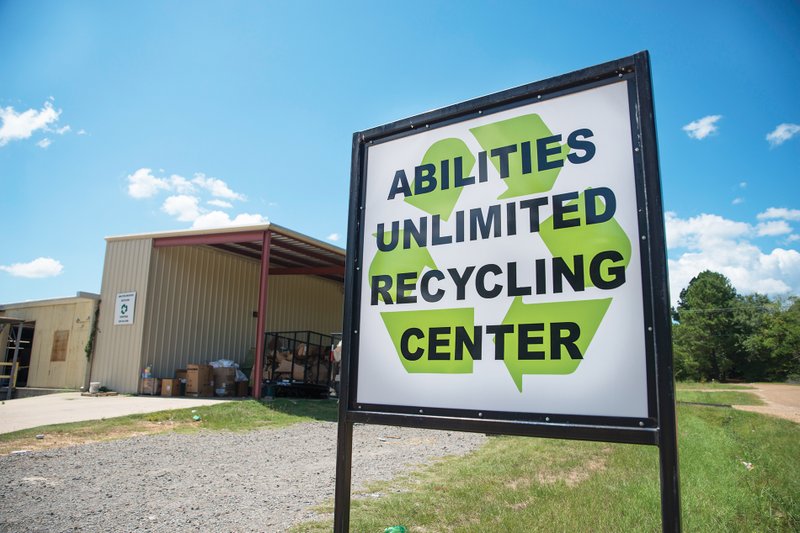 With a major dip recently in recyclable cardboard prices, Columbia County’s only recycling center is in need of financial help.

Abilities Unlimited, a Magnolia nonprofit that employs numerous special needs clients in the area and funds itself largely through recyclable shipments, on Monday issued a request letter to the Columbia County Quorum Court in hopes of a $2,000 per month monetary supplement to keep the business afloat.

In the publicly read document, Richard Metzelaars, the Abilities Recycle Center director, stressed the need for additional funds after salaries will be raised nearly $19,000 as the state minimum wage rises to $10 per hour in January 2020, and the price of cardboard — the recycle center’s main money-making export — has bottomed out. The market loss has equated to a $38,000 income drop to Abilities, the letter claimed.

“Our costs have gone up and our income has gone down,” the letter stated.

Abilities, which is the largest recycling center in southern Arkansas, states the need for the additional funding is dire.

“We need your help,” Metzelaars said to the court.

The county last year donated a $46,000 industrial belt-sorter to the nonprofit. The gift came after regular recycle pickup was halted last summer due to the abundance of trash in the bins and the inability for Abilities’ limited staff to sort it all. The sorter was built and delivered earlier this year, but the recycle center’s dock first needs requires enclosing before the sorter can operate at full functionality. The enclosing project and wiring, according to County Judge Larry Atkinson and Metzelaars, is nearly complete.

When asked by multiple Court members if restarting the blue-bin recycle pickup would rejuvenate some funds for the nonprofit, Metzelaars stated that it may help, but not enough to offset the cardboard market drop and the additional salary expenses coming down the pike.

“I think it does help a little bit,” he said. “But they put a lot of trash in there and we have to sort it out.”

Abilities is currently receiving around $40 per ton for its cardboard sales, according to Metzelaars. The center ships roughly 40,000 pounds of cardboard for sale every 2.5 weeks.

The pricing figure is less than half of its January rate when the product garnered around $90 per ton and nearly five times less than it was in 2017 when cardboard prices reached record highs near $180 per ton.

But now, the old corrugated cardboard (OCC) market has dried up. According to a March 2019 report from the publication Recycling Today, two factors have significantly contributed to the precipitous fall in prices: China and basic supply and demand economics.

The Chinese market is the main buyer of American cardboard goods and Abilities products. But in 2018, the communist regime implemented new restrictions on recovered paper imports that slashed the market price to between $70-90 per ton. Add China’s slowing economy and the overabundance of recyclables flooding the market, and all-time lows are now being seen.

An April 2019 report from the same publication said the price-fall caught everyone by surprise.

“There are pockets of demand where mills are looking for clean, good-quality OCC tons,” one mill source said. “At the same time, other mills’ inventories are full, and they’re pushing back on shipments.”

Prices are speculated to go back up in the coming months, but ongoing trade uncertainty with China may affect the markets.

Locally, the Abilities director says that if the nonprofit were supplied the additional $2,000 per month, the W. University recycle center could halt its $5 handling fee for electronics that it implemented last year.

“That would stop,” Metzelaars said.

Abilities collects most of the cardboard by its regular truck routes that have continued even though the county’s recycling pickup has halted. The nonprofit can make some extra income from recovered plastics through the blue-bin pickup, but it does not pay what cardboard does.

Plastic prices such as HDPE (high-density polyethylene), can currently range from around 6 to 16 cents per pound for mixed loose scrap, according to recycle.net pricing indexes.

“We ship a load of plastic about three times a year,” the Abilities director said.

As talks among the Court advanced Monday, the issue of the legality of whether the county even had the ability to outright supplement an expense fund for a nonprofit was brought about. The issue was tabled for further discussions as the county’s attorney researches the legal parameters of the donation.

In other Quorum Court news:

White said that has not been the case for months, but was appreciative of the court for discussing the matter openly. At least two JPs and the county Judge said the issue is currently being resolved and citizens should see a quicker pickup in the future.