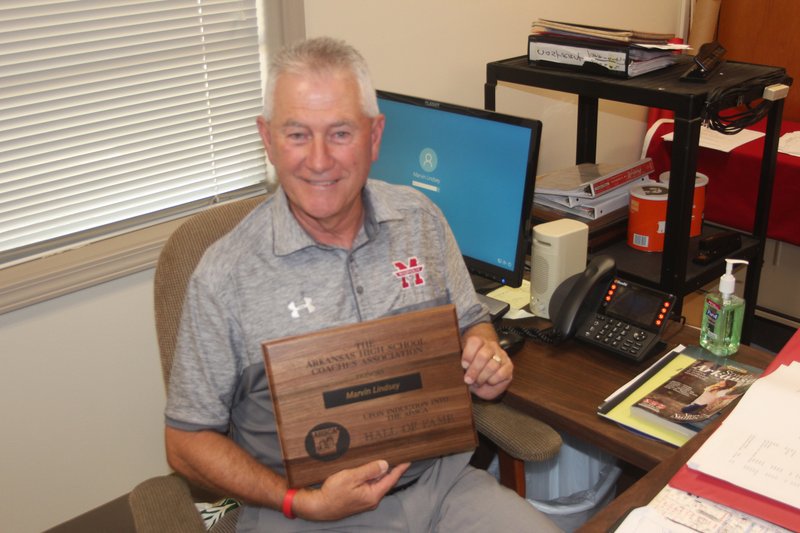 On Friday, inside Honor Hall at the Hot Springs Convention Center, he will be inducted into the 2019 Arkansas High School Athletic Administrator’s Association (AHSAAA) Hall of Fame. He will be honored along with Harrison’s Tommy Tice and Little Rock Christian’s Johnny Watson.

Six individuals, including Junction City’s David Carpenter and Nashville Gary Segrest, will be inducted into the coaches’ Hall of Fame. Six officials are heading into the AOA Hall of Fame.

Lindsey spent his entire 42-year career in the Magnolia School District and said, “I’ve been blessed and fortunate.”

A Magnolia and Southern Arkansas University graduate, Lindsey’s coaching career started in Magnolia in 1976 and officially ended on June 30. Over more than four decades, he was said to have been associated with more than 1,000 student-athletes, put in countless hours of travel, witnessed 18 state championships, six state runners-up titles and numerous conference crowns.

He was mentioned as “a colleague, mentor and leader.”

Magnolia assistant swim coach Gary Herron said, “Many lives have been changed forever because of him.”