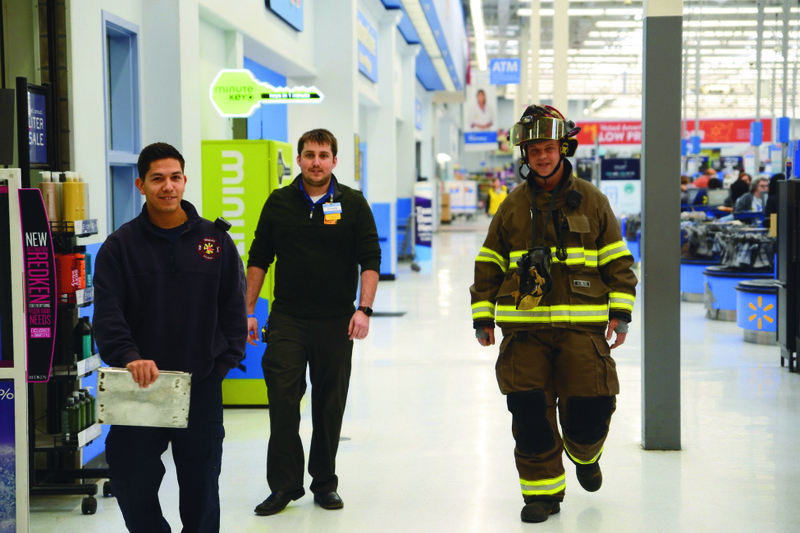 MFD firefighters walk with a Magnolia Walmart Supercenter assistant manager (middle) Wednesday afternoon after the department was called to the Hwy. 79 store in response to a sprinkler alarm call. The incident, though, turned out to be a false alarm. It was only a test of the system, according to on-scene personnel, and had been announced over the store loudspeaker before it sounded. Firemen were on the scene for roughly 15-20 minutes after arriving, as they examined the property once more as a precautionary measure.