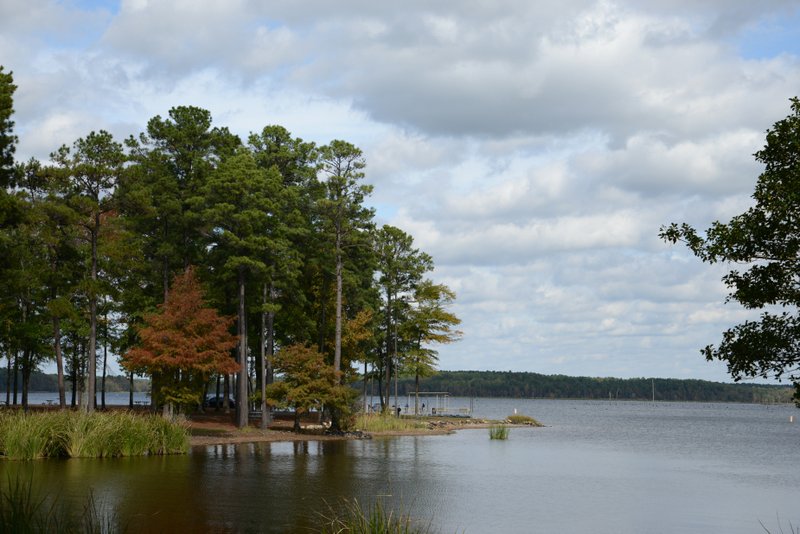 A view of Lake Columbia from its South Shore Landing campgrounds. - Photo by J.D. Bailey

With the invasive plant species Giant Salvinia discovered at Lafayette County’s Lake Erling in December, Lake Columbia boaters have been asked to take caution anytime they venture onto the Magnolia water body.

The plant was identified around Christmas at the Taylor-area lake. Erling is located just under 30 miles from the Lake Columbia -- which, aside from a fishing and community draw, also supplies drinking water to the county seat.

“It would ruin the lake for recreation -- and as a water source,” said John Ed Gunnels, lake manager at Lake Columbia about the plant if it ever made its way to Magnolia.

The AGRED Foundation, which maintains Lake Erling, began a drawdown effort soon after learning of the invasive species at its lake in an attempt to freeze the plant to death in the winter. But heavy rains have severely hampered any such efforts. Now, the organization plans to hold off on the drawdown, at least for the time being, and instead spray for Giant Salvinia.

“As stated many times we have known that it was going to be incredibly difficult to achieve a four-foot drawdown at this time of the year,” AGRED said in a Wednesday social media update. “With all the rains, and now forecast to have more in the coming week, we have decided to hold off on trying to get her down until later in the summer. We are not flip-flopping on the objective. We are dependent on mother nature for much of how we manage the lake, and she can be quite unpredictable. We do the best we can. Despite holding off on the drawdown for a few months, we would like to spray those locations where Giant Salvinia has accumulated or is badly infested.”

AGRED warned against private citizens at the lake attempting to spray for the plant, and instead will hire professionals for the task. The organization is also heading up the effort in conjunction with the Arkansas Game and Fish Commission.

“We are working closely with AGFC to try and combat this invasive plant species and appreciate your continued support,” the update said. “We welcome fishermen and other lake recreational users reporting to he AGRED Foundation or AGFC on locations that are heavily infested with Giant Salvinia. This will facilitate the mobilization of the contractors -- saving time and money.”

AGRED also asked for anyone to contact the foundation at 318-210-0451 if they had questions or suggestions that may help the preservation of Lake Erling and the surrounding wildlife or fishing habitats. The lake is not only home to countless sporting fish species, but bald eagles, alligators, pelicans, as well as numerous seasonal bird species on or near the just under 8,000-acre private lake.

The foundation went on to inform the public that the fishing season is projected to be a strong one.

“The fishing on Lake Erling is predicted to be extremely good over the next few years -- which is a direct result of the drawdown that created a significant amount of "structure" for the spawn to survive in, as evidenced during the alligator survey,” ” the social media report stated. 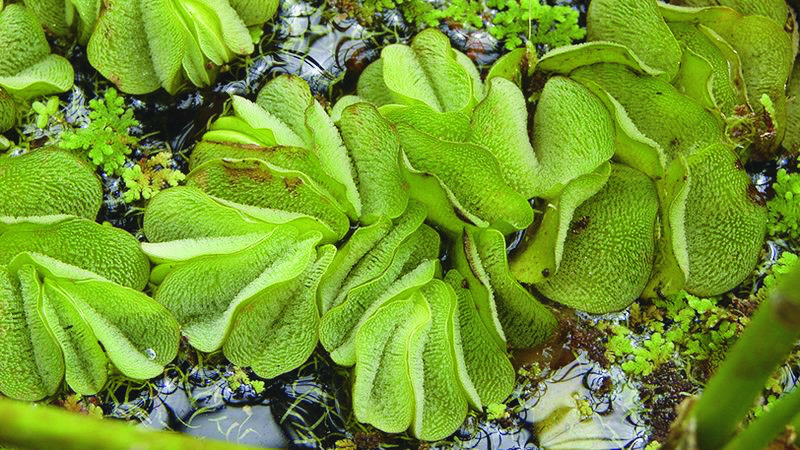 For Lake Columbia, its board of directors, the Rural Development Authority, at their January meeting discussed the matter and the issue is again on the agenda for Monday’s February gathering. Gunnels said last month that the Erling sighting was the closest Gaint Salvinia had ever been found near Columbia, and the only other area body of water seen with the plant was in Miller County, near Fouke.

“If it comes here, we will be in dire straits,” he said. “One sprig of that stuff can multiply over 40 square miles in 90 days. The vegetation can double in size in four days. It takes over the top of the lake since it grows on the surface. It blocks sunlight, depletes oxygen, and kills fish and other good vegetation.”

Gunnels also said draining or spaying at Lake Columbia was not an option.

Giant Salvinia can be transported on a boat or in its contents, even without the boater or angler knowing. Remnants of the species can be located in a water pump and duck hunters can transport it on their decoys. Even birds can also carry the plant, according to RDA.

“Our best option is it aware that people need to clean their boats and trailers, drain bilge pumps and live-wells and dry everything out,” Gunnels added. “We will be looking at everything we can do lo keep it out.”

The lake manager on Thursday said Jason Olive, a head biologist with AGFC had been contacted to aid in the process further. The commission last month told Lake Columbia to install warning signs at landings to notify the public of the potential plant threat they could be carrying. Anglers have also been asked to spread the word of Giant Salvinia dangers through social media.