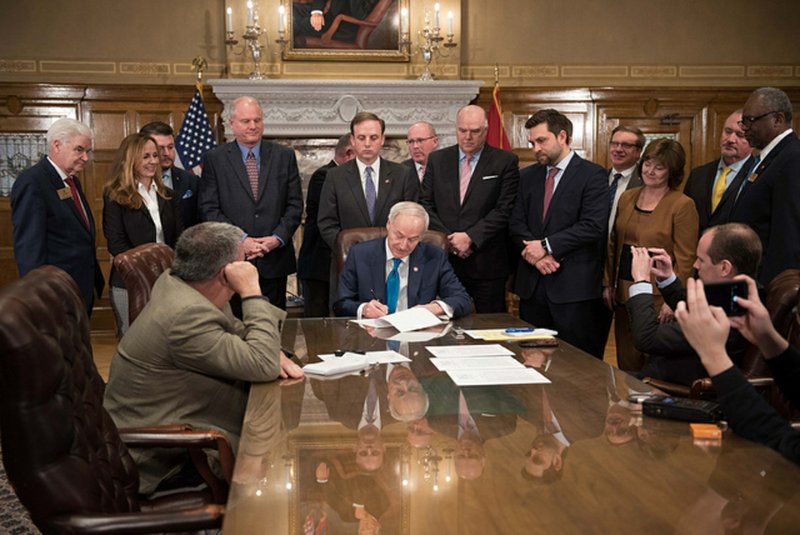 Arkansas Gov. Asa Hutchinson on Tuesday afternoon signed into law his $97 million plan to cut the state's top income tax rate over the next two years. The rate goes from 6.9 percent to 5.9 percent. The proposal won final approval in the majority-Republican Arkansas Legislature last week.

Hutchinson won re-election in November on a promise to push for further cuts to the state's income taxes. Lawmakers approved Hutchinson's proposals to cut income taxes for low- and middle-income taxpayers during the governor's first term in office.

State finance officials say approximately 579,000 taxpayers with net taxable incomes of more than $38,200 will receive a cut under the measure.

“The lowered tax rate puts us in the same bracket with most of our neighboring states, which strengthens our sales pitch to CEOs who are considering expanding into other states,” Governor Hutchinson said. “As we attract more business, we will create more jobs, and higher-paying jobs, which will lead to higher salaries and an improved quality of life for all Arkansans.

“Combined with my administration’s first two income-tax cuts, the largest in state history, this reduction enhances Arkansas’s reputation as one of the most business-friendly states in the region," he added.

SB 211 was the third phase of Governor Hutchinson’s three-part plan to reform Arkansas’s tax code. In 2015 and in 2017, he signed into law the two biggest income-tax cuts in the state’s history. With the passage of Senate Bill 211 today, 100 percent of Arkansas taxpayers will benefit from nearly $250 million in reduced income taxes.