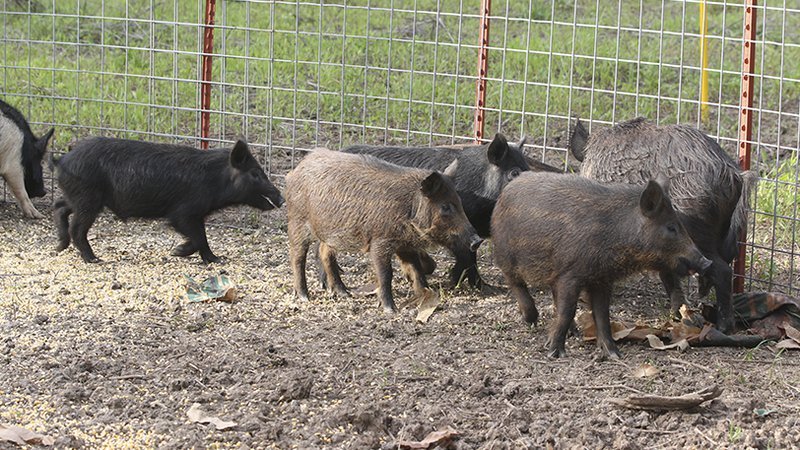 The passage of the 2018 Farm Bill, signed into law on Dec. 20, offers renewed hope for conservation-minded landowners who are looking for ways to benefit wildlife habitat on their property without drastically losing production revenue from farming or other agricultural land uses.

While much of the bill supports subsidies and the Supplemental Nutrition Assistance Program, roughly $5 billion has been earmarked for conservation funding in the next five years. The bill also includes millions in available funds over that time to aid private state landowners in addressing the feral hog problem in Arkansas.

The Arkansas Game and Fish Commission actually receives very little funding, if any, through grants related to the Farm Bill. Instead, this money goes to programs to benefit private landowners who want to restore and maintain wildlife habitat on their property.

“Only 13 percent of Arkansas is publicly owned land, and the AGFC owns very little of that, relatively speaking,” said AGFC Deputy Director Chris Colclasure. “That leaves 87 percent of the land where wildlife habitat restoration is needed in private hands.”

According to Colclasure, wildlife management cannot be accomplished simply through the relatively small islands of publicly managed land. Many species, such as northern bobwhite, wild turkey and waterfowl, require large areas of connected habitat to thrive. That requires the help of many private landowners working together, and conservation programs through the Farm Bill enable them to do this at very little cost.

“We can help landowners apply for these grants to create the habitat and work with them to focus their efforts in the most efficient methods of management,” Colclasure said. “Because we are working on a landscape level, we can help coordinate one landowner’s efforts with others nearby to create an end product that is much more valuable for all than if they work independently.”

One of the most notable additions to the new bill for Arkansas landowners is the establishment of a pilot program to help combat feral pigs on private land. The program will receive $75 million over the next five years to help landowners with trapping and using modern technology to control feral hogs causing damage to their crops and land. With hogs causing and estimated $1.5 billion in crop loss and damage annually, more landowners are looking for help with the best methods to remove nuisance hogs in large enough numbers to reduce damage to property and wildlife.

“We have private lands biologists and other biologists on staff who help landowners set up traps and remove the hogs, but this requires considerable manpower and the equipment is not cheap,” Colclasure said. Our hope is that through the new farm bill we can leverage additional federal resources to assist with feral hog control.“

Another area of the 2018 Farm Bill Colclasure is particularly interested is the continued funding available for the Voluntary Public Access and Habitat Improvement Program. This program is similar to other Natural Resource Conservation Service programs that enable landowners to receive compensation for habitat development on their property, but it goes a step further in adding a monetary incentive for landowners to allow public access for hunting on enrolled acres.

“It’s separate from the current programs Arkansas has, but has been very successful in adding hunting access acreage in other states,” Colclasure said. “There is only so much land that the AGFC can purchase and maintain for public use, but this program would make additional acres available to hunters and enable landowners to see compensation for property that was otherwise going unused or bringing in a very small amount of profit.”

Traditional Farm Bill conservation programs, such as the Conservation Reserve Program and Environmental Quality Incentives Program, also saw changes for the better in the most recent bill. The amount of total land allowed to be enrolled in CRP increased by 3 million acres, and 10 percent of EQIP funds are now dedicated to wildlife conservation, offering up $200 million a year in incentives for landowners nationwide.

Landowners interested in learning more about how Farm Bill Programs such as CRP, EQIP and the Wetland Reserve Program should contact their local private lands biologist, available at www.agfc.com/privatelands. These biologists can perform site visits and prescribe methods to create excellent wildlife habitat on marginal cropland or other property and can assist qualifying landowners with their application for grants and cost-share programs such as those outlined in the 2018 Farm Bill.