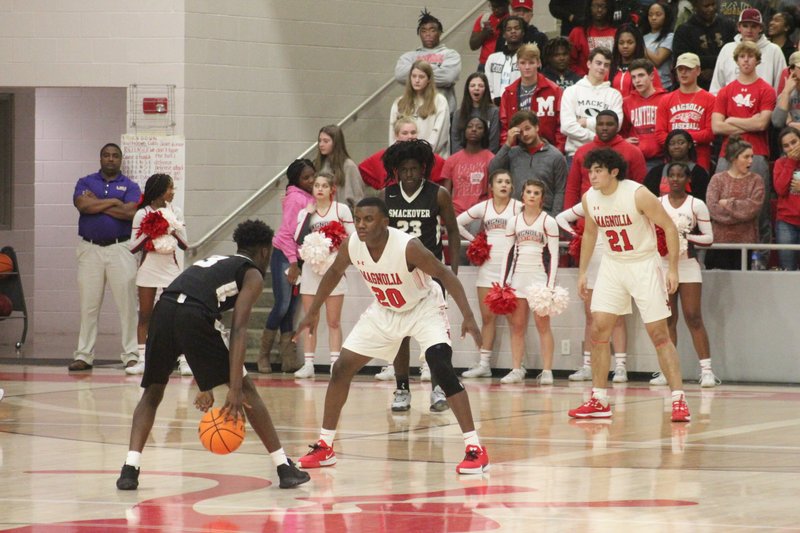 A huge nonconference basketball game will take place at Ashdown next Friday when a pair of defending state basketball champions battle one another.

Not only will the game feature two champions, but also a pair of most valuable players (MVPs) from last yar’s state finals.

Class 4A state champion Magnolia Panthers (2-0) will face Class 3A state champs Ashdown Panthers (3-1). The game will follow a junior varsity game that starts at 5 p.m. and a varsity girls’ contest between the two schools.

Magnolia, led by MVP Derrian Ford, is coming off two lop-sided wins over El Dorado and Smackover by identical 79-42 scores. With the contests decided by half-time, the sophomore had 23 against the Wildcats and scored 20 against the Buckaroos.

One of Magnolia’s five losses last season was to Ashdown, which was a 65-63 double-overtime win at Panther Arena.

Friday’s rematch will be the first home game for Ashdown since they won its state title. They have a 24-game home winning streak with their last lost on the home court being a three-point setback on Dec. 2, 2016 to Pulaski Robinson.

They went 28-2 a year ago, losing to Harrison by one and Drew Central by three. Led by MVP Lamar Wilkerson, Ashdown got revenge against Drew Central when the two teams met in the Class 3A Finals, winning soundly by 24 points. The 6-3 senior, along with classmates Deirae Smith (5-11) and Notoris Nelson (6-4) are the backbones of this year’s team.

Sophomore Ford (6-3) and three other starters are back from Magnolia’s championship team. They are seniors Braelyn Beasley (6-2) and Kyle Carver (6-4), along with sophomore Colby Shepherd (6-1).

On the road last season, Magnolia lost twice on an opponent’s home floor (Nevada and Monticello) and twice in tournaments at neutral sites.

In action against Smackover on Tuesday, the Panthers led 22-5 after one period, 46-15 at half-time and 72-29 following three quarters. The battle was highlighted by three slam dunks by Ford. Others scoring in the game were Garland with 18 and Beasley with 15.

Following Magnolia’s trip to Ashdown, it will host Prescott on Tuesday, travel to Texas High a week from Friday and participated in the Camden Fairview Holiday Classic after Christmas on Dec. 26-28.