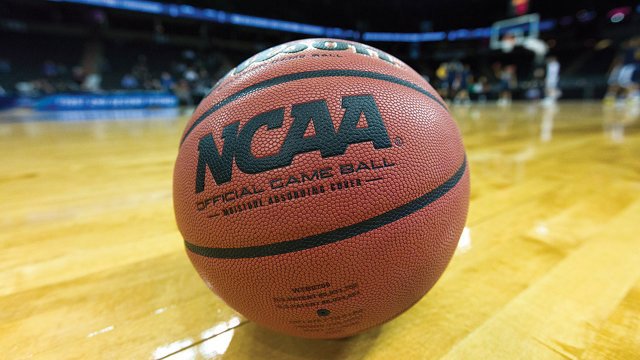 With no seniors on the squad, SAU juniors are having to step up.

Devante Brooks have been doing it in a big way by being the scoring and/or rebounding leader in the Muleriders first seven games.

The Muleriders and Lady Muleriders will play two more GAC games before the Christmas break, beginning with a trip to Ouachita Baptist in Arkadelphia on Saturday.

On Saturday, Dec. 14, SAU will host Arkansas Tech at the W.T. Watson Athletic Center for a pair of afternoon games.

In recent action, the Lady Muleriders are coming off a 91-74 win over Missouri S&T, while the Muleriders split a pair of nonconference games last weekend. They lost 66-58 to Drury in the first game of the Thanksgiving Classic in Springfield, MO, before knocking off Missouri S&T 83-76.

Against Missouri S&T, Brooks delivered a double-double (25 points, 17 rebounds), while Lucas followed with 20 points, six rebounds, two assists and a pair of steals.

The duo helped spur a strong second-half effort for the Muleriders.

Former Panther Trey Davis nearly had a double-double effort with nine points and eight rebounds to go with a block and a steal.

Arkansas Gov. Asa Hutchinson was in attendance at the game.

Against Drury, the Muleriders trailed by 17 points in the second half before trying to battle back.

Devante Brooks had 15 points and 13 rebounds, but Lucas led SAU with 19 points.

The Muleriders’ final two games before Christmas will a home contest against Rogers State at 2 p.m. Dec. 17 and a 2 p.m. game Dec. 19 at Texas A&M-Texarkana.