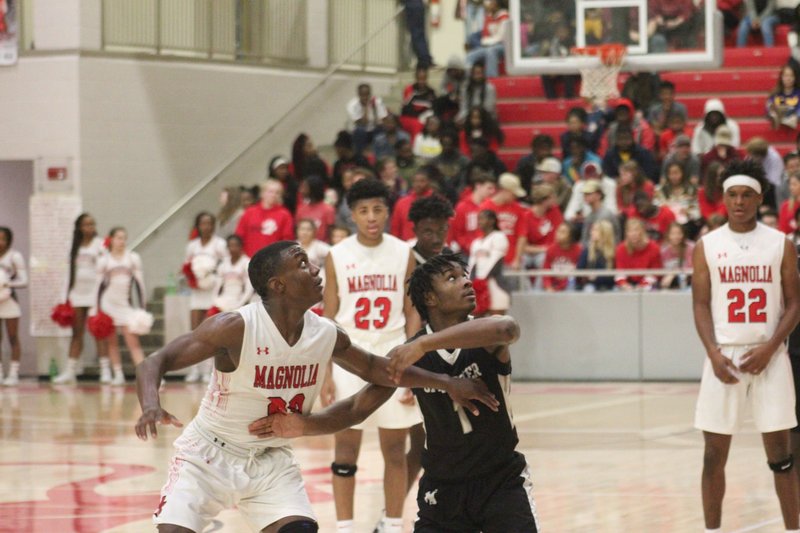 Magnolia sophomore Derrian Ford (20) tangles with a Smackover defender Tuesday during the Panthers blowout win over the Buckaroos. - Photo by Chris Gilliam

The Magnolia Panthers blew out Smackover 79-42 Tuesday night at Panther Arena to move to 2-0 on the season. The Panthers led 22-5 after one quarter, 46-15 at the half and 72-29 following three periods.

Coach Ben Lindsey got all of his Panthers into the game.

On Friday, Magnolia will travel to Ashdown.