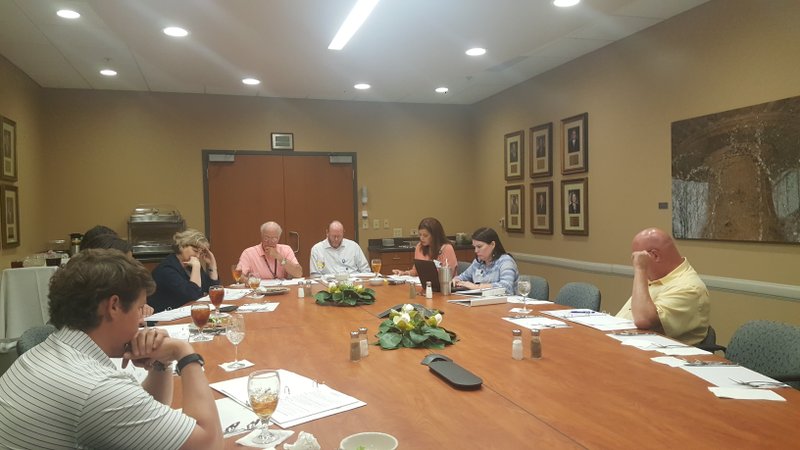 In what has been a downward trend for months, low inpatient admissions were again a primary focus for Magnolia Regional Medical Center and its board of directors in April.

Net revenues were down 9 percent year-to-date last month, or nearly $1 million. Gross revenues were also down 8 percent compared to March 2018. On the year, the total net income loss was $1.8 million. MRMC’s year-to-date EBIDA was negative 9.3 percent.

The falling numbers have been a concern for some time now, but with a continued decrease in financial intake, officials are now uneasy with the overall financial viability of MRMC.

“When do we need to get scared, or worried — concerned?” asked Magnolia Mayor Parnell Vann at an April 22 hospital board meeting.

Hospital revenues are not down from lack of effort elsewhere. Net labor and net operating expenses last month each decreased around $300,000 from the same period in 2018. Emergency room visits, at 864, were also up slightly from 2018’s average.

“We’re managing the expenses, but the revenue is just not there,” said Jones added.

Discussion among the hospital’s board revolved around just how and why the inpatient numbers have decreased so rapidly and so drastically. Some members questioned whether insurance parameters were keeping patients from being admitted — a trend many hospitals across America are currently dealing with.

“It’s not as easy to put a patient in anymore,” said Jones. “In the past, if you looked sick, you go in.”

The CEO added that it’s a “constant battle” with insurance companies now for admissions since many patients must meet certain criteria to even stay in a hospital facility. MRMC is also looking for ways to boost its ER volumes, which, in turn sometimes turn into patient admissions.

With the declining revenue figures also means the possibility of further expense cuts. One of the biggest slashes already came last year when the facility decreased its surgical staff from two surgeons to one. But if the inpatient rates don’t increase or another method of revenue can be found to absorb or offset the losses, the hospital may need to explore further cuts.

All services at MRMC are currently still operating as they traditionally have, but the facility cannot afford to continue depleting funds without affecting its overall product line.

“If the admissions continue to drop like they are, we’re not sustainable at all in the current model that we’re operating under,” said Jones.

The newly opened walk-in friendly Magnolia Family Medical Clinic at the former Hospital Drive office of Dr. John E. Alexander Jr. is one of the endeavors that hope bring in added revenue streams. MRMC is also now looking at heavier recruitment for, unique to the area, fund-generating services, such as a specialist surgeon or added delivery doctors. With such an expensive recruitment, however, also comes the possibility of a cash flow problem for the hospital, at least in the short term, until the position begins producing added revenue.

In other MRMC Board news:

-- The Emergency Room will now require a patient deemed “non-urgent” to pay $150 cash up-front before being seen by an ER doctor. No one will be turned away, but payments must be made or the hospital will direct a patient to the appropriate level of care.

“We are not denying care to anyone,” Jones said. “Once you’re deemed non-urgent after we talk to you, we’re going to say, ‘it’s not an emergency, we’re more than happy to treat you, but you have to pay up front.’”

The CEO added that there are other venues where a non-emergency patient can be treated during most hours, including the walk-in clinic on its own campus.

-- MRMC is now a level IV Trauma system provider. The designation gives the hospital the ability to transfer patients more easily and are part of the trauma system. The nursing staff and physicians must meet a certain level to be part of the system.