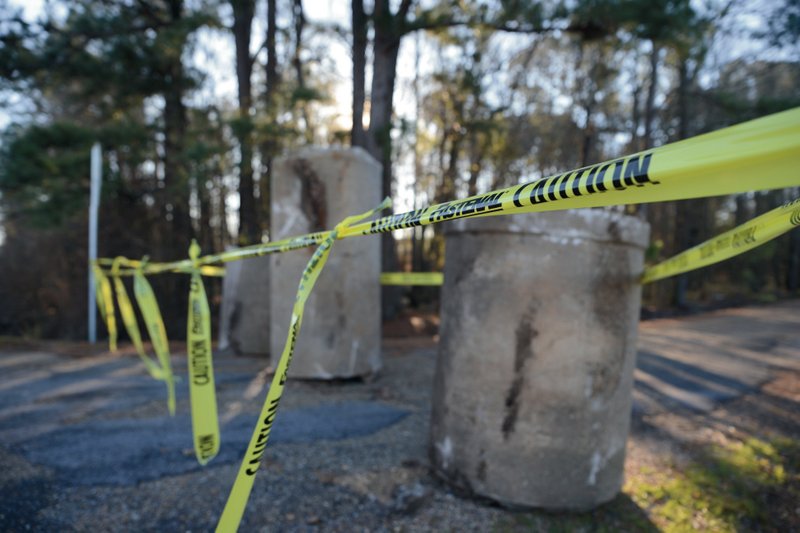 Magnolia’s public firing range will remain temporarily closed for another 90 days as city council members and range advocates work to remedy safety concerns at the Columbia Rd. 302 site. Barriers and caution tape currently block the facility’s entrance along U.S. Hwy. 371 near the city limits. The property was initially closed for 90 days on Jan. 28. - Photo by J.D. Bailey

Magnolia’s public shooting range will remain temporarily closed for an additional 90 days after the local council on Monday voted unanimously to extend discussions on the matter and explore possible remedies to the existing facility.

The Columbia Rd. 302 site was initially closed on Jan. 28 after safety concerns at the public firing range were revealed to the council. In the three months since, a small committee made up of city aldermen and shooting range advocates was formed to help with the issue.

“We have met with the committee to get the shooting range back to the way it should be,” said Magnolia Alderman Steve Crowell. “They have done a marvelous job in acquiring resources and talking to people within the state. Flat out, if it gets done where they are at right now, it’s going to be pretty impressive.”

The council indicated on Monday that the existing Columbia Rd. 302 property is still probably the best location for the range, but that significant changes needed to be made and the project could only advance and open after consulting with nearby property owner Reese Lewis of Magnolia whose address to the council in January about the safety of the range sparked its initial temporary closure.

“All parties have to be involved and be on the same page,” Crowell added. “Until every nail and every piece of dirt is put in place the way it should be, that range cannot be opened.”

Lewis in January described the common occurrence of errant bullet strikes at his farmland located south the range. Multiple city councilmen later accompanied Lewis to his property and saw his descriptions first-hand.

“If I’m not comfortable going to Reese’s land with my kids while people are on the shooting range, I can’t expect him to be comfortable with that,” said Alderman Jeff White.

In March, the council discussed moving the range to another location, but that plan may now be on the back-burner after the issue would be a greater undertaking than the city council initially thought.

The cost of bringing the current firing range up to the proper safety standards is estimated to be around $75,000. The price to close the range would be nearly the same, according to White.

“It will cost almost that amount of money to shut it down and for the cleanup,” he said.

Volunteer hours and material donations were said to be part of the project going forward. A “more concrete” budget proposal and outline of the project is also expected to be submitted to the council in the coming weeks or months.

A 60-day extension on the matter was originally proposed by the council on Monday, but it was later amended to 90 days to give the governing body time to come back with as solid of a plan as possible.

The council reiterated multiple times that safety was the number one concern for the range and that if its current location does not work out, other avenues may have to be followed.

“If it’s going to be open there,” Crowell said, “we have to get our ducks in a row and get it right — exactly 100 percent right.”

If the current range property cannot be remedied, a last-resort option may still be available for a new range in conjunction with the Arkansas Game and Fish Commission. Such a project, though, is not guaranteed and could take as much as six years to accomplish.