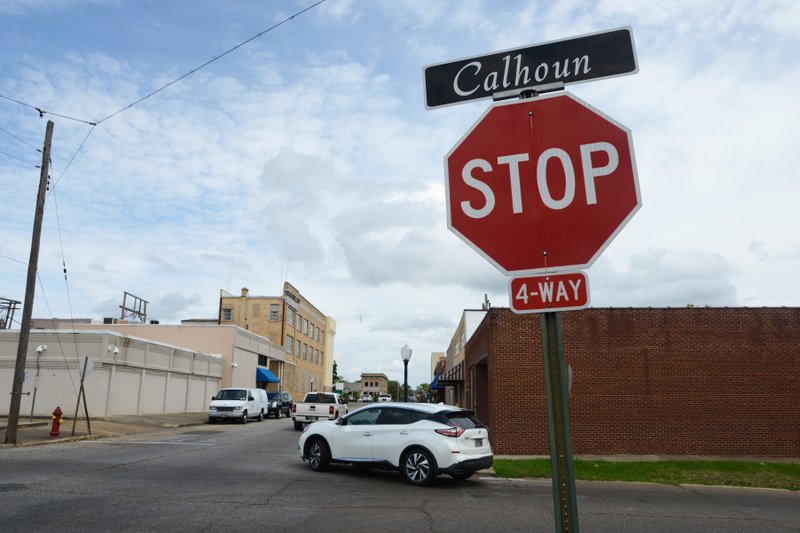 Parking and travel changes are coming this summer to Magnolia’s square.

The conversion of two of the city’s primary downtown access roads was first hinted at in January by Magnolia Mayor Parnell Vann and later confirmed at his March state of the city address, but no timetable on the project had been given until now.

“In July, we’re going to change Jefferson and Washington Streets to one-way,” he said on Monday.

Currently, both Jefferson and Washington are two-way streets that flow from the corners north and south corners of the square, across the east and west sides of downtown.

But in three months, those streets will become one-way travel points and slant parking will be added to one corridor.

“It will be from Union to Calhoun only, around the square,” Vann added.

Slant parking spaces will be installed along Jefferson, at the square’s western side, but no slant parking will likely be placed along Washington. 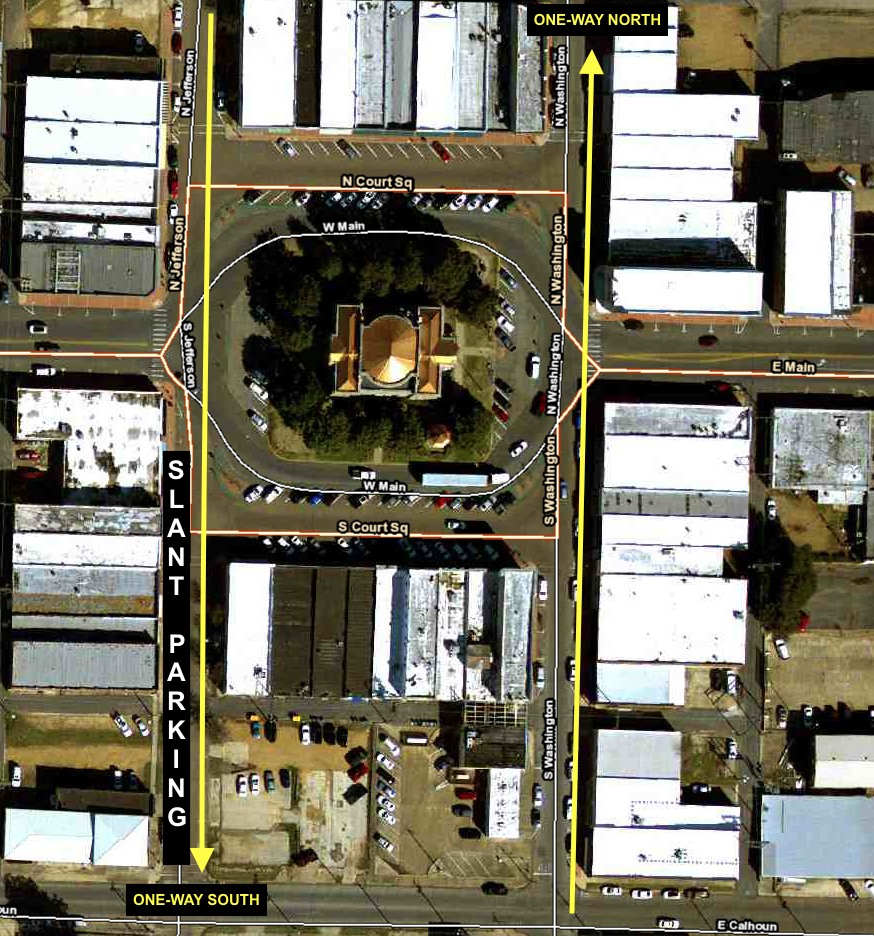 A map indicating the future travel directions of Jefferson and Washington Streets around Magnolia's square.

The reasoning for such a drastic change in travel along the roads is due to the lack of parking available around the square after daylight hours, according to the mayor.

“At night, the square is full — there is no parking,” he said.

Vann said the city will be in discussions with Central Baptist Church’s Wee Care child care center at the corner of Jefferson and Union to continue its current travel arrangements, but reiterated the square’s need for space after normal working hours.

“All of the downtown entertainment has taken up a lot of parking, and we need to work on that,” he added.

The mayor said he understands change can take some getting used to and that signs will be placed indicating the one-way conversions. Police will also refrain from issuing one-way violation tickets after the move is made.

“We need those spots at night,” he said.