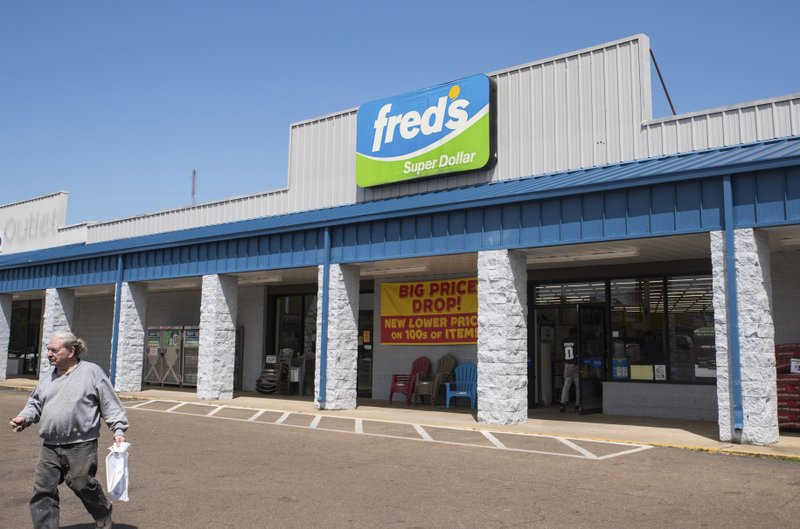 Fred’s at 406 W. Main Street in Magnolia will remain open amid the Memphis-based retail company’s shuttering of 159 underperforming stores, including 19 in Arkansas. The Stamps closure will be felt more than most in the town of around 1,700 residents, its mayor says. El Dorado and Hope sites were also among Thursday’s announced closures. - Photo by J.D. Bailey

Stamps Mayor Brenda Davis learned that the Fred’s store in the Lafayette County community of 1,700 was one of the 19 stores the discount chain is closing in the state the way most folks in small towns do — through the grapevine.

In this case, a member of the City Council who has a sibling who worked at the store called the mayor with the news Thursday morning.

The Memphis discount chain announced Thursday that it is closing 159 underperforming and unprofitable stores in 13 states, including the store in Stamps and 18 other stores in Arkansas.

Liquidation of the stores was scheduled to begin Thursday, according to the release. All of the affected stores will close by the end of next month.

“After a careful review, we have made the decision to rationalize our footprint by closing under-performing stores, with a particular focus on locations with shorter duration leases,” said Joseph Anto, Fred’s chief executive officer. “Most of these stores have near-term lease expirations and limited remaining lease obligations.

“Decisions that impact our associates in this way are difficult, but the steps we are announcing are necessary. We will make every effort to transition impacted associates to other stores where possible.”

The store closings will leave Arkansas with 41 Fred’s locations among the 398 stores in the southeastern United States still operating.

The announcement came as the 72-year-old chain said it was undertaking a review of strategic alternatives to maximize shareholder value in a bid to turn around its business. The company retained PJ Solomon, a leading Wall Street financial advisory firm, for help.

The company posted revenue of $1.81 billion in its latest fiscal year that ended Jan. 31, a 15 percent decline from the previous fiscal year.

During the first two months of 2019, retailers announced more than 4,300 store closures, according to BDO USA LLP, a tax and financial advisory services firm in Chicago.

Stamps is the smallest Arkansas community to lose its Fred’s outlet and it also stands to suffer the most from its absence.

“It’s just convenient for this town,” Davis said. “You didn’t have to drive 16 miles to the store.”

Magnolia in Columbia County is the closest town with a grocery store. Fred’s sells some grocery items, including milk and eggs — “some of the basics,” Davis said.

Some of the vacuum left by the departure of Fred’s will be filled by a Dollar General store, but Scott Hultberg, who leads the town’s chamber of commerce, said “sales tax dollars will still take a hit,” not only in Stamps but in Lafayette County.

While no more than a half-dozen or so people worked at the store, some of them part time, some of those jobs provided health insurance and other benefits.

“Unfortunately, it will have a ripple affect,” he said. “It will leave a hole in a small town like Stamps.”