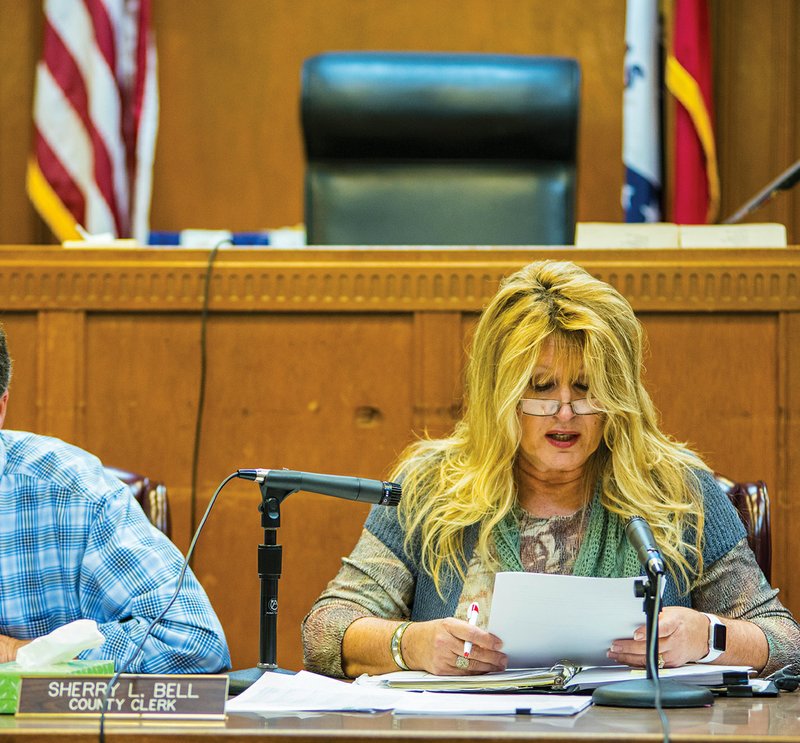 At month’s end, longtime local civil servant Sherry Bell will retire from her position as Columbia County Clerk. Her last day will be Thursday, May 31. The Columbia County elected official has held the office since 1999. Bell chose to postpone the announcement of her leaving office until after Tuesday’s primaries, as to not affect the elections in any way.

The clerk earlier this year stated she would not seek re-election for her current seat, but the early retirement declaration came as somewhat of a surprise since her last official day in office was to be Dec. 31. The announcement was made public Wednesday by way of pending legal notice for an upcoming June 4 Columbia County Quorum Court gathering at the downtown Magnolia courthouse.

The local governing body, according to the notice, on that evening will choose an interim clerk until the vacancy is filled in January 2019 by primary winner Tammy Wiltz. Wiltz, currently a deputy clerk, narrowly defeated Republican opponent Jan Loe-Glover in Tuesday’s elections. She will run unopposed on the November ticket.

Anyone interested in the interim appointment should turn their name into the County Judge’s office by 9 a.m. Wednesday, May 30. For any questions concerning the appointment, call 870-234-2542.

The County Clerk’s four-year term begins Jan. 1 of next year. The interim will be voted into office in less than two weeks by the Quorum Court.

Bell, a county employee since May 2, 1983, cited personal reasons for her early retirement. Her late husband, James Bell, passed away earlier this year.

The couple came to Magnolia in 1982. Bell the following year began work in the Columbia County Assessor’s Office where she served for the next 16 years until being elected County Clerk in the 1998 November elections.

The County Clerk has long overseen one of the earliest reporting and most technologically up-to-date voting systems in the state. In 2016, Columbia County was one of four pilot counties in Arkansas and received upwards of $100,000 worth of free voting machines, typically footed by the county government.

The 35-year county veteran noted that she was not always the “smartest cookie,” but she made sure to surround herself with a great staff and people she could always learn from.

“They have a love for their county and an ethic for their work,” she said. “My dad told me a long time ago to always hang around smarter people than you. The people are paying our salaries, and I take that seriously.”

The County Clerk also expressed her confidence in the next officeholder. Wiltz has worked alongside Bell the previous four years and is poised to oversee an extremely smooth transition in the county department, according to her supervisor.

“Seamless is the word that best fits,” said Bell. “There’s no training required and no downtime. She already does it all.”

Although the retiring County Clerk will no longer hold the title of an elected official after May 31, she hopes to stay in touch with communities through helping others through volunteerism.

“I’m looking forward to my next endeavor and what I’m going to do to serve,” she said. “There’s a reward in that.”