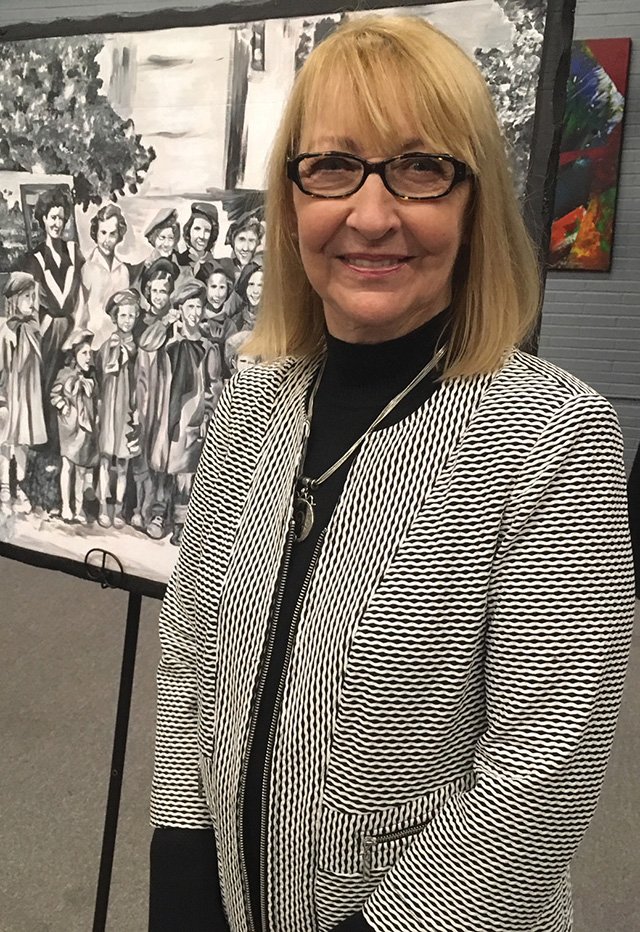 Little Rock native Susan Keith Inman, Democratic candidate for Arkansas Secretary of State, spent last Thursday in Magnolia. She spoke to the Rotary Club, toured the campus of Southern Arkansas University, visited local banks, and stopped by Magnolia Arts before meeting with the Columbia County Democrats in the second floor courtroom of the Columbia County Courthouse.

“It’s a pleasure to be here,” Inman said. “We visited with several community leaders and met so many wonderful people today. We got the tour of SAU, an incredible, fabulous campus. My team of visitors that came with me was so impressed. I was honored to be escorted through the campus to see how wonderful it is.” She also commented on the beautiful appearance of Magnolia’s square.

Inman’s background includes years of work in county and state government, on the Arkansas Board of Election Commissioners, and in the office of the Arkansas Secretary of State, which regulates elections and campaigns in the state, among many other functions. She formed a statewide association of all the county election commissions. In 2014 she made an unsuccessful run for Secretary of State but was left more determined than ever to help citizens of the state with voting rights.

“An important part of the Secretary of State’s office is to register voters and get voters engaged,” she said. After the 2020 census, she explained, the Secretary of State will work with the state’s attorney general and the governor to redistrict the state based on the results. “Those three constitutional officers will redraw the boundary lines in the State of Arkansas in 2021 to be ready for the election cycle in 2022. We need somebody who knows what they’re doing holding that [Secretary of State] seat.”

Ted Bounds, who has helped with local voter registration and elections, said, “Ms. Inman was able to show me how knowledgeable she is about the [voting] system in Arkansas. She is very qualified for this job. This is something that’s very, very important for this particular election cycle, 2018-2022.”

“In my opinion,” Les Kent said, “she is one of the state’s and maybe nation’s foremost executives on conducting elections, to the point that, besides having done it for many years, she has been asked by more than a dozen foreign countries to help with theirs. She is imminently qualified for this office. We really do need Susan Inman in this office, and we need to support her any way we can.”

“I will never get out of the business of protecting your right to vote,” Inman said. “That’s what I’m running on and that’s what I’ll continue to do.”